Today the twins are 9 weeks (3 weeks adjusted). The last 9 weeks have been a blur but we have tried to take some pictures. I do not have any other form of social media so this is my first time sharing any pictures.

People have asked how we are doing with all of this. It has been really hard. The thing I struggle with the most is accepting that they are preemies and right now are not going to act their age (they are acting like 3 week olds as opposed to 2 month olds). I constantly worry that due to being preemies they will struggle meeting their milestones. They had their two month checkup and the doctor said they are good for being 3 weeks adjusted but I still worry.

They are gaining weight well, especially the boy (he gained 40 oz in 3 weeks). Our little girl has really bad acid reflux (we even had to do a barium swallow study) but even with that she is also gaining well (about an ounce a day).

Here are some pictures we have taken along the way.

This is them at about 3 weeks

I don’t remember how old they were here but the shirts are just too cute!

This is the girl on the way to her first doctor appointment. I can’t believe how much she has grown. This is the last time we tried to put socks on her. She hates anything on her feet and kicks them off almost immediately. When we went to do her swallow study they put an id tag on her foot, which she kicked off. I got yelled at by the radiology department for bringing her back there without id. Oops.

As I mentioned, she has really bad acid reflux and is a fussy baby in general (that might be an understatement). We found this onesie that fits her perfectly. 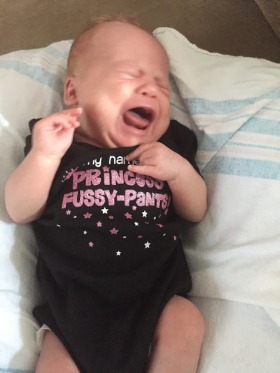 Taking them out in public is a crazy endeavor. Even a quick walk is an event. It seems like everyone we pass stops us as asks a million questions.  I had no idea that twins were so interesting. Here is a picture of the first time I took them out together. 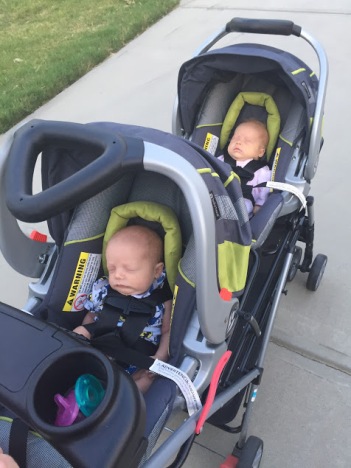 Our fabulous photographer, Claudia, did a newborn shoot (she also did our maternity pictures). She has the patience of a saint and even came to our house because I was too nervous to take them out to her studio. She also has a great facebook page and webpage. These were taken at about 5 weeks. 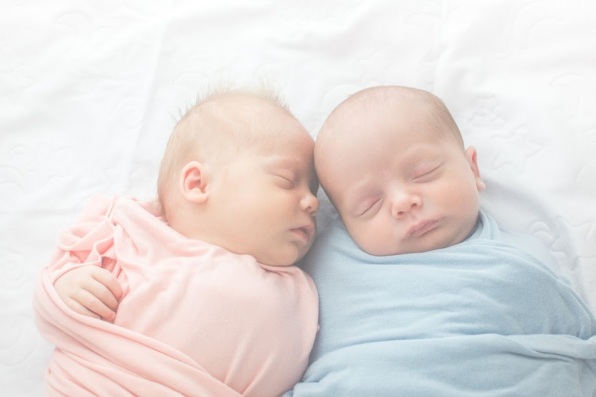 We also had some pretty cute bloopers. We tried to get a good picture of her with a tutu on but she was not having it. I should have known better. On the left is what I was going for (original image here). She is on the right. 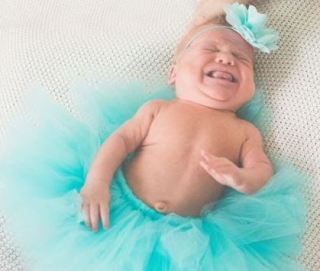 Also when we put them together she seems to like to attack him. Poor guy.

Sometimes though they seem to be ok. This is a picture I took of them while we were hanging out and binge watching random shows on Hulu. Sometimes it seems like she NEVER sleeps so this is photo proof to remind me that it does sometimes happen. 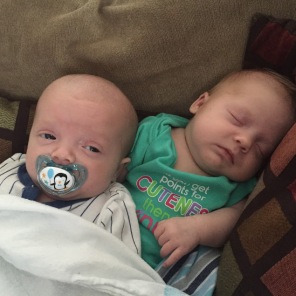 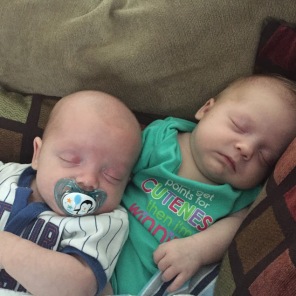 Until next time. – Jennie

Follow Solving the four years of infertility mystery on WordPress.com